Ok, so... as I'm trying to connect e-friends I've made on the information super-highway and meet up with them on the real life highway (Victoria to Portland via the 5 and Route 101 the rest of the way) to see if they really exist, I need to let them know when and where I'll be. As well, I'll be selling art out of my trunk to help support the trip so I hope to see streams of welcome wagons flashing fist-fulls of cash all along the way. (...if the real world is half as entertaining as the one in my head, I'll have a great time.)
So here's the itinerary which is not-as-subject-to-change as you'd expect with me because some very generous friends of Col. John (& supporters of the Tour du Trout) are to be putting me up for nights in various places. There may be some variation especially after the first San Fran night, but as of now it's as follows:

March 19th - Leave Victoria via ferry to Seattle. End the day in Portland.
March 20th - Portland to Rockaway Beach (so I can sit there and listen to Rockaway Beach by the Ramones) & then on down Route 101 to somewhere around North Bend OR.
March 21 - North Bend-ish to Arcata CA. Staying 2 nights.
March 22 - Some form of Art Show/Performance Deal in Arcata. Spend the night.
March 23 - Arcata CA - San Fransisco. (potential for 2 nights there. If so, it'll be changed here)
March 24 - San Fransisco CA - Camarillo CA. (if no 2 nights in San Fran, maybe 2 nights here. I mean... it's LA!)
March 25 (or whatever) - Camarillo/LA area - San Diego. Arrive at Col. J's. Take a nap.

I've begun contacting my e-friends and e-peers but if you see this and want to be part of the fiasco or have some advice about where I can sell my 'tawdry wares' and/or do some performances (monologue/performance stuff) please feel free to email me at trout@kreddibletrout.com

Still working on the satin tour jackets. We'll let you know as soon as the 70s call us back.
Posted by Kreddible Trout at 12:10 PM No comments:

NEWS - Have Art. Will Travel.

Have Art. Will Travel

Thus begins another chapter in the odd little saga of Kreddible Trout. Yes folks in a month's time yours truly will be stuffing a bunch of art in the trunk of The Troutmobile, setting the compass to wobble southward and heading off next to the sunset. A little like the gunslinger alluded to in the title of this piece but with art and a camera instead of a deck of cards and a pistol.

Departing from: Victoria BC.

At the encouragement of the art connoisseur and marginal maniac Colonel John (no real rank, it's an Elvis reference) who commissioned and contrived on this piece, I am embarking on something that we hope will end in my buying him a pink Cadillac to justify the title I just gave him.

Col. J. - Hey Trout, thanks for the yummy-yummy art! I really love it!

Trout – No problemmo crazy man! It was a lot of fun.

Col. J. - It's great. It's cooler than Fonzie on ice and I know art savvy people will buy it up like hotcakes.

Trout – Right. So what's the idea?

Col. J. - There's this huge, two day art spectacle here where I live in sunny San Diego called Artwalk where 130 000 hungry art consumers go every year looking to sink their teeth into yummy-yummy art! Kinda like yours! They buy stuff there. I've bought stuff there. You need to be there and sell your art because I think it's good enough to be there. What do you say?

Trout – Where do we begin?

...and the plan was hatched. Ideas flowed like rambling metaphors though a bad writer's keyboard and the plan (thus far) is this:

Get in the Troutmobile on March 19th & travel down the coast over 7 days to take in the experience and gather supplies, meeting friends along the way. The 'supplies' are the things I use to build my 'uniquely mounted' pieces ( like old trap doors, frames, tennis racket presses and old utensil drawers... you name it, I use it) . I'll be interacting with shop owners and get some stories to incorporate into the trophy piece of this extravaganza which Col. J. is calling a 'living history art piece' (which I love the sound of). When I get there I stay with The J's and, over the next 4 weeks, create the pieces for the Artwalk Festival in his garage. (alternately we may find a shopfront in San Diego for me to use as a studio before the show, we're still looking into it) For the show I'll have a mix of pieces, some 'uniquely mounted', some large limited edition prints, and hopefully the centerpiece will be the living history deal. I will be documenting the journey as I go right here on the old blog for those following at home.

The plan is to sell a crap-load of art and create a one-of-a-kind experience. In an ideal world, we sell a world of art and Kreddible Trout Photography gets rocketed into super-stardom (that kinda thing happens all the time in SoCal.) and I get a full page layout in Cigar Aficionado and become photographer to the stars and Col. J. gets a pink Cadillac. In a more optimistically realist world, we make back our investment, have an awesome time and I get some awesome publicity. In a horrible world I wander into a rumble between ninjas, pirates, The Crips and The Bloods and get shredded into coleslaw on which they all feast.

So, that's the big news. We here at Kreddible Trout Photographic Industries are very excited about this new scheme. It seems just crazy enough to fit us perfectly. ('crazy enough' meaning the 'we' we speak of all the time is me, alone in my tiny office with my toy collection) I hope to be doing some impromptu fundraising events on the way involving selling photos and maybe doing a performance or two (we may see if this William Foley character will come along to do some acting). If any of y'all down the coast have any ideas or want to lend a hand to an impoverished traveling artist... please email me.

Please everyone check back here often as this will be Kreddible Trout International Headquarters for the next little while. Tell your friends, family and even enemies as I'm hoping for as large a network as I can manage to get as many people to the show as possible. If you blog, link to me. Let's get this puppy rolling!

Southern California... here I come. (hahahaha! This is crazy!)

In early December 2009 Employee of the month William Foley brought international renown to the offices of Kreddible Trout Photographic Industries by coming in 3rd place in Digital Camera Magazine's 2009 Photographer of the Year Competition in the Destination Everywhere category with his shot 'the s.s. perception'. Normally we're pretty button-down around the office, but we allowed him to wear dungarees for a week. He also insisted on wearing a tiara with jube-jubes stuck to it. We resisted at first but he persisted. Soon the new year came, excitement waned, the jube-jubes were eaten and his ego had finally fluttered down & joined the rest of us in the cubicles. So, as fate would have it, this week his prize of 100 Great Britain Pounds came in the mail followed the very next day by a copy of the issue of Digital Camera Magazine that he was published in.

We thought the tiara was bad... we're worried that he's going to come in naked on 'biz-cas-fri'. 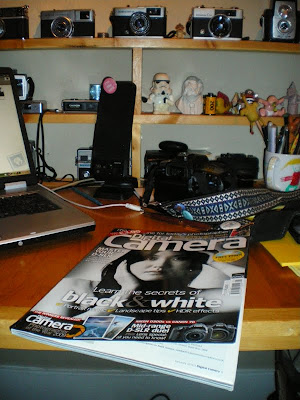 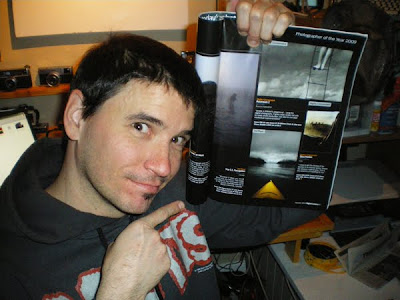 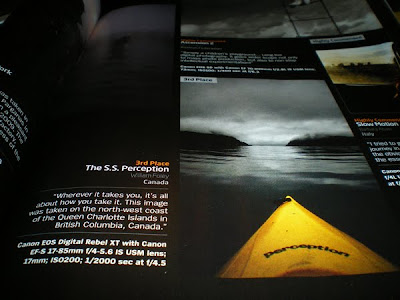 ...we're probably going to have to lay this guy off. He doesn't even share his jube-jubes.
(biz-cas-fri)
Posted by Kreddible Trout at 1:48 AM 1 comment:

New addition to The Mothership Kreddible Trout Connection in the way of t-shirts.

We here at Kreddible Trout Industries Activewear Division know that dynamic, art savvy consumers like yourselves sometimes need to cover your torso. Strange, I know, but it's true. For example, you can't go to a business meeting with a bare torso, so we have designed a full line of torso-shirts (or t-shirts if you'd prefer) for just such a market need.

They come in all shapes and sizes and are 100% Omega 3 free!
Posted by Kreddible Trout at 2:12 PM No comments:

a little something while you wait

Hi friends. Come on in. Have a sit-down, won't you? 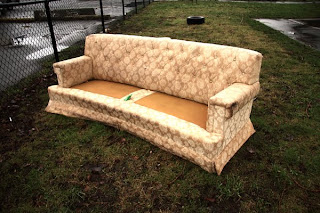 Well, here we are again. Another blog. I've begun several over the years for various reasons but they never really went very far. As a matter of fact kreddibletrout.com MachII was a blog. It was weird looking and had unpleasant social skills so, as these things go, we drifted apart.

The difference between this and the other blogs that lay in my wake is that this is dedicated solely to my photographic endeavors. As things with Kreddible Trout Photography have begun moving in more serious directions (as serious as I can go with a clown nose) I feel the need to organize news and updates in one place.
This is that place and blog... you are the one.

I may go off on tangents, I may zig when you expect me to shimmy, but I'll do my best to keep updates and news as succinct as possible. I'll post news with a title that begins with 'NEWS' (how's that for clever?) and I'll leave the rambling for separate posts and intros... kinda like this one.