The Tao of Ego and the Tee of Me

ok... so a while ago a friend of mine (who is clearly as unstable as me) saw a self portrait of yours truly on redbubble and said in the comment section that he wanted it on a t-shirt. So, as I aim to please and as I also like to entertain myself with delusions of egomaniacal grandeur I complied.
Months passed.
I began to think he was actually a mentally stable person and just joking about the tee. This, of course, made me worry that I, in fact, was as egomaniacal as I pretend to be having actually designed the shirt. I decided to leave it up if for anything to draw ridiculous attention to it from time to time. I won't waver on my ego-mockery until it stops being mockery.
Then... one day I got an email from redbubble telling me I had made a few sales. This always excites me and I went to see what had sold. Amongst a couple of other things, the tee of me sold! At the time I didn't know it was him so I immediately began plotting my world domination. Is there another lunatic out there? Maybe a complete stranger? Will I soon have an army of Troutians all wearing tees of me? Will the Tee of Trout soon outnumber the Mask of Fox at political rallies???
No. It was Stephen, the friend who demanded the shirt some months before. I was relieved. The pressure of world domination was off. (...for now.)
The other day on facebook he posted himself wearing the shirt. (There's really not many ways to say that someone is 'wearing you on their torso' without it sounding... funny.)


Ladies and Gentlemen, I present to you,
the first 5 star general in the Trout Army:
Stephen.
(you're a brave and mentally questionable man) 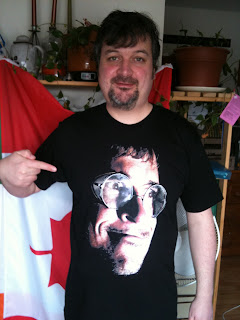 Posted by Kreddible Trout at 11:15 PM No comments:

THE day THE was featured on THE redbubble homepage

My shot 'THE' was featured today on the redbubble homepage. I didn't actually see it as sometimes they rotate the homepage more than once in 24 hours, but it WAS there... look, here's the proof! Proof that, you know... I could have photoshopped in less time than it takes to load the program wherein I'd be editing the photo... but I SWEAR it's real! 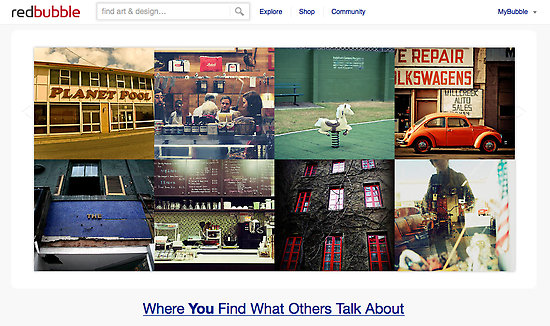 That's all for today... tune in again soon & read a funny story! And don't forget to check out this entry and give me your opinions to win an original Piece Of Trout! Contest ends soon.

Void to all employees of Kreddible Trout Photographic Industries and Subsidiaries
and all parent, sibling and little baby companies as well as anyone named Nephi.
(sorry Nephi)
Posted by Kreddible Trout at 9:54 PM No comments:

That's right folks, down here at Krazee Kreddible's we're so Krazee that we're slashing our prices by HALF in our Downtown Victoria Showroom! Our showroom, cleverly disguised as a cafe/bakery called Demi Tasse (formerly Rising Star) at 1306 Broad Street is where you'll find three of Kreddible Trout's patented Uniquely Mounted pieces for your art viewing pleasure! Word has it Mr. Trout was seen there just today with his magical PRICE SLASHING PEN, magically slashing prices! With prices this low you'll say "Man, why don't you just get a real job?" to wit I'll probably try and reduce YOUR price Mr. Smarty-Pants!
Hu-HA!
(uh...we're Kuh-RAZEE?)
These are the three pieces, they're linked to the website which has a description of each but really, they need to be looked at with your own eyes in real life to be fully appreciated. Hurry down, folks. I've been told there's a lot of talk about these pieces and with prices dropped by half... they're sure to not last long.
This sale will only last until tourist season begins so if you're in the mood for some yummy, yummy local artist fare... now's your chance! We expect the sale to end in early May but we're krazee so... you never know! 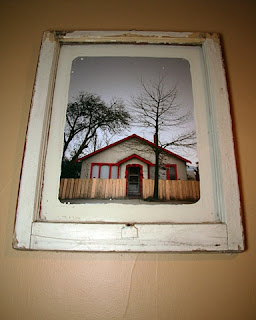 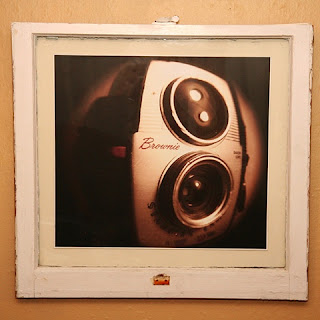 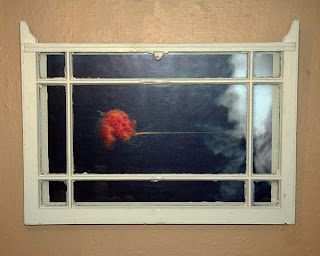 ... because EVERYONE should have a nice piece of Trout to nail to the wall!

Posted by Kreddible Trout at 10:45 PM No comments: